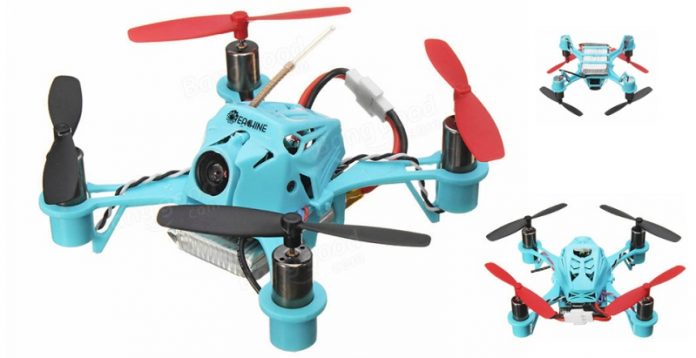 This new Eachine QX90C Pro was completely redesigned compared to its predecessor (the QX95). In order to protect the electronic parts, as well as the VTX camera, during crashes, Eachine equipped the QX90C Pro with a cool plastic canopy.

Based on the versatile F3 flight controller, the QX90C Pro drone can be configured with multiple flight modes. While “Angle” mode is suitable for newbie pilots, Acro mod is recommended only for experienced pilots.

According to the manufacturer’s specs, the 600mAh LiPo battery allows up to 5 minutes of flight time. Therefore the “Fly more combo” package with 5 batteries allows almost half-an-hour of continuous fun time.

Eachine announced their QX90C Pro quadcopter in 3 package variants. While the “Basic” edition is advertised for $62.99, the “Standard” version costs $68.99 and the “Fly More Combo” is sold for $86.99. All variants are available with 3 types of radio receiver. According to your existing transmitter you can opt for FrSky, FlySky or DSM2/DSMX receiver. 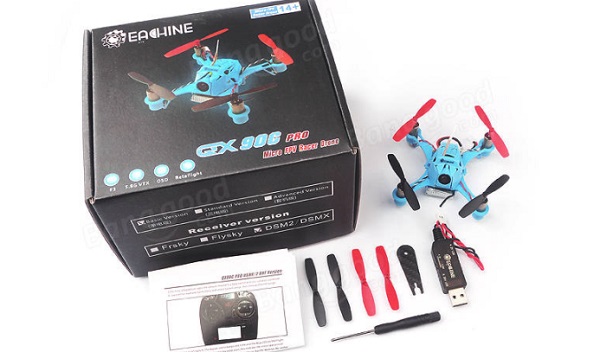 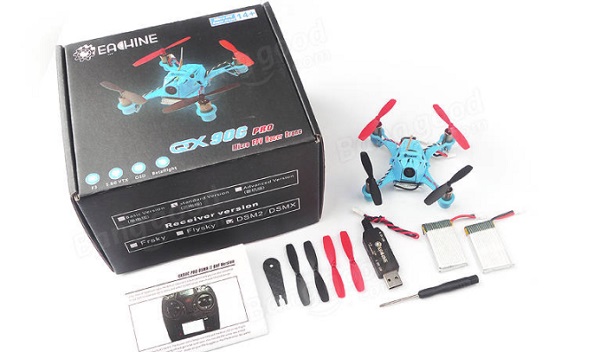 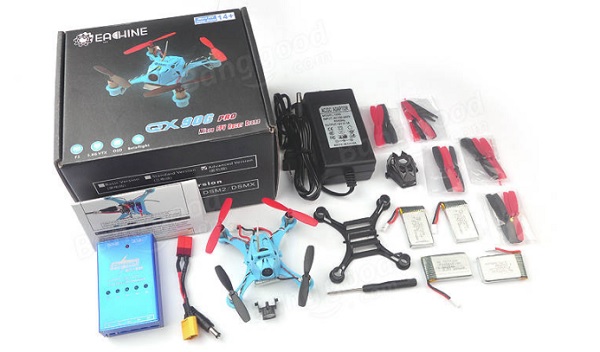