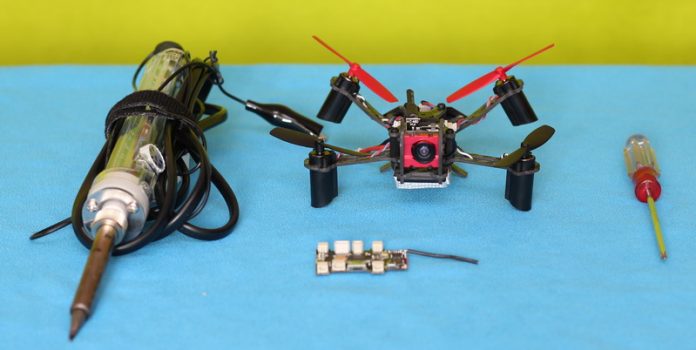 A few months ago I received the Eachine QX110 V-Tail mini racer for review. First flights went smoothly, even after minor crashes it was flying like a new one. Courageously, I tried to do some flips in “Acro” mode and I landed upside down. Lots of smoke and fun was gone.

Arrived home, I powered up the drone – one motor started to spin permanently. When I saw this it was clear that there is a problem with the flight controller (FC). 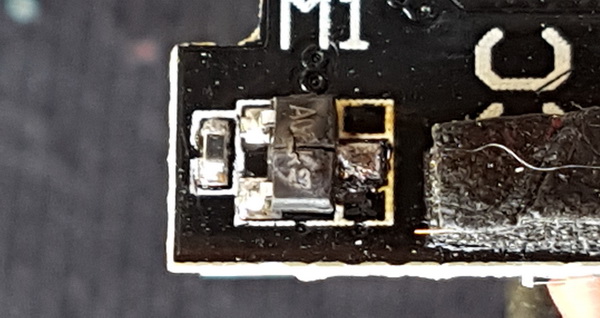 Using a magnifying glass I carefully inspected the drone’s FC and I found out that a tiny SMD-Transistor was exploded – the label can’t be recognized. Checking the corresponding IC on another channel I realized that I need an “A08K” Fet. Five minutes later, my order was placed for 10 pieces.

To ensure that I’m ready to fly asap, I ordered from Banggood a brand new flight controller too.

In just 8 days, the package arrived. Surprise! I didn’t get exactly what I ordered. Instead of an A08K, I received A09T (AO3400). I contacted the seller, he said that “these two N-Channel MOSFETs are 100% compatible“.

In order to repair the flight controller, I had to remove it from the frame.

Using a $15 soldering iron, I desoldered the defective MOSFET and soldered back the new one. You need some dexterity because the tiny transistor measures only about 1.5 x 3 mm. 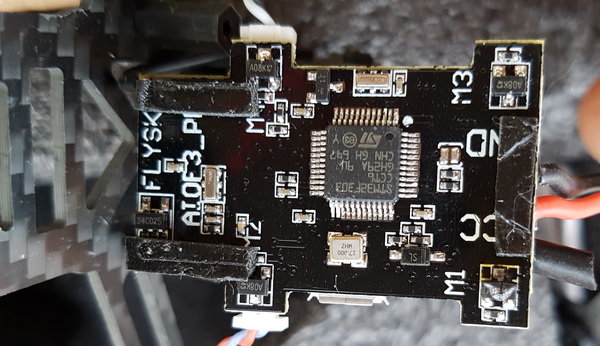 After I put everything back, checked the wires, and soldering I powered up the quad-copter. No more instant motor spin.

Using Betaflight – Configurator I checked if every motor spines freely and correctly. Yep, the operation was successful :) 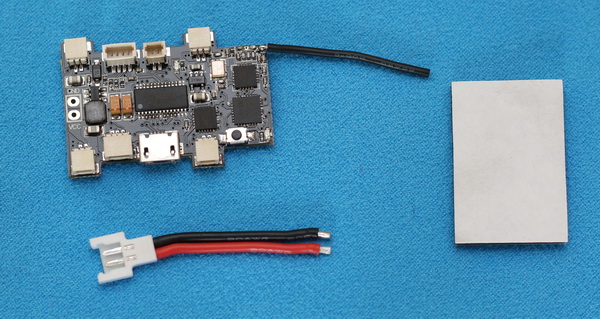 After I put everything back, I realized that I received an upgraded FC board with different FETs (7700 BV2U1C), instead of 3 pin ones it has 8 pin ones!

Note: the receiver board is integrated into the flight controller and you need to rebind it with the transmitter.

Which procedure was more cost and time effective? 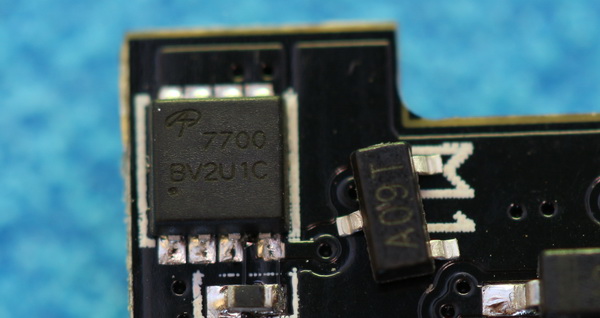 If you like to do DIY thinks I would recommend trying to repair your drone by yourself. If you are new in the field and you don’t have the necessary tools you should go with original spare parts.

What burned out my flight controller?

Later I found out that the motor drivers (FETs) seem to be under-rated. When the current consumption is too big (long term full throttle or locked propeller) they give up with smoke. In order to eliminate this design issue, you have 3 options: