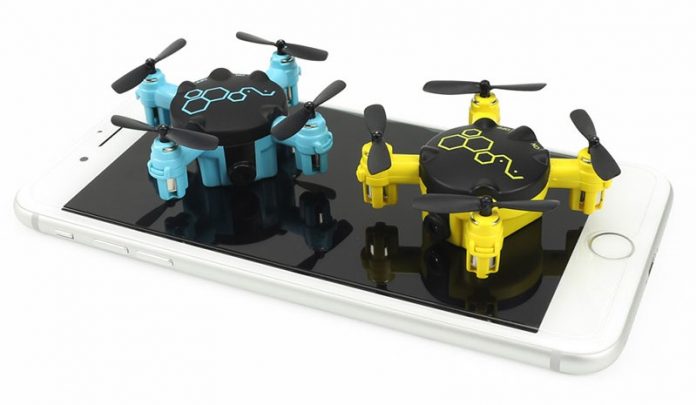 FQ777, a serious player on the pocket drone market recently announced their new model called FQ04. The remote controller of the FQ777 FQ04 can not only conveniently store the drone but also charge its battery.

I especially like pocket drones because they are extremely portable. You can take them with you every where, from office to camping trips.

In front of the aircraft is located a 0.3MP camera which allows you to take photos as well as record aerial videos.

Based on my good experience with the FQ777-124, I would like to review this FQ04 too. Hopefully one of my partners will contact me for this purpose and I will update this article with more thoughts.

This pocked drone is also sold under the Eachine brand. The Eachine E60 has exactly the same design, specs and features as the FQ777 FQ04. 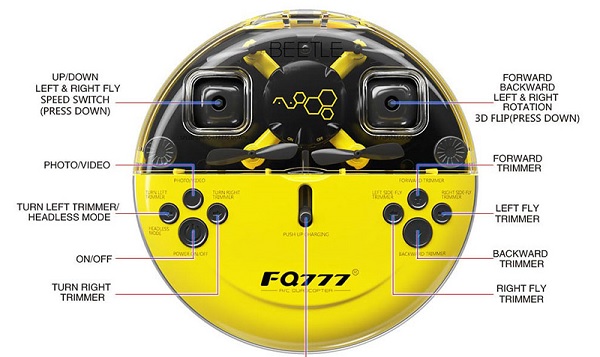 Included with the FQ777 FQ04 drone