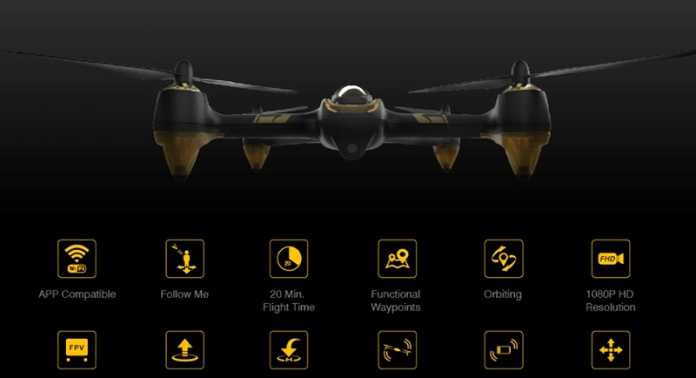 In front of the aircraft is located a 1080P (Full HD) camera which allows to take photos as well to record aerial videos.

The Hubsan X4 AIR quadcopter can be controlled through you smartphone (APP control) and also by using a nice FPV transmitter.

According to the specs, the up to 20 minutes flight time is achieved using a 2700 mAh battery.

Frankly, based on my good experience reviewing the tiny H111D I would like to test this new Hubsan X4 AIR too.

Included with the Hubsan H501A drone