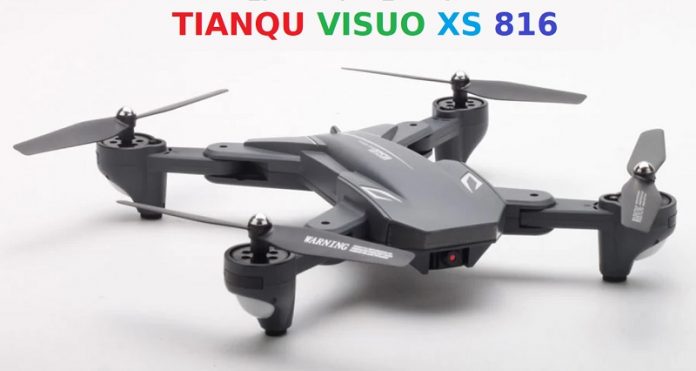 Towards the end of 2018, Santa Claus comes with a new TIANQU drone, called VISUO XS816. Following the great success of its predecessors, the XS 816 also has cool Mavic alike design with foldable arms.

While the VISUO XS812 is equipped with GPS positioning system, the TIANQU XS816 has optical flow positioning. Both version are powered by a similar type of battery. According to the manufacturer’s specs, the 1800 mAh (1 cell – 3.7v) LIPO provides up to 20 minutes flight time.

In addition to the included transmitter, the VISUO XS816 also features APP control mode. You can control the aircraft movements through your phone’s gravity sensor (by tilting the phone). Furthermore, TIANQU claims that the XS816 features gesture shooting and Way-point flights.