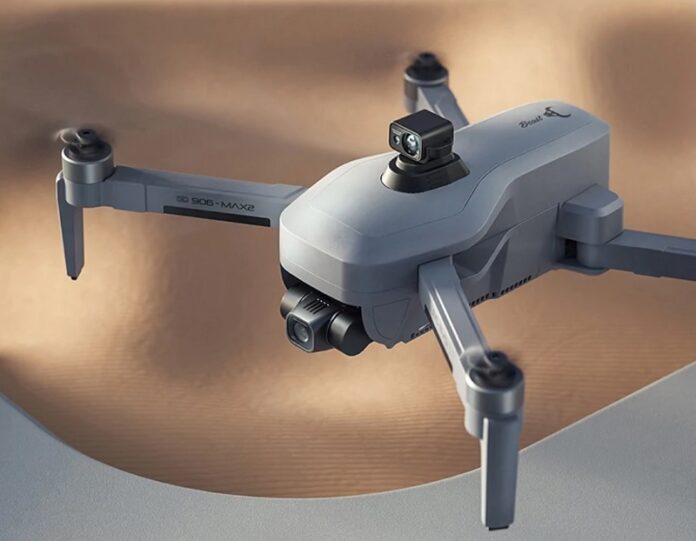 Three years ago, ZLL (ex ZLRC) announced their first-generation Beast drone. Since then, the company announced new upgraded versions every year. ZLL SG906 MAX2 aka Beast 3 now gets a completely new transmission system that promises a range of up to 4Km and a pro-grade 4K camera with a 1/3.2″ image sensor and an Ambarella image processor.

Thanks to the fail-safe return to home (RTH) function, in case of remote controller signal loss or low flight battery voltage, the aircraft will return autonomously to the take-off point. The ZLL BEAST 3E is compatible with both GPS and GLONASS satellite positioning systems. The ZLRC Beast3E SG906 MAX2 offers lots of smart flight modes including intelligent tracking.

Flight time-wise, the BEAST 3E has been also upgraded compared to its predecessor the SG906 Pro 2. Thanks to the higher capacity battery pack (5000mAh vs 3400mAh) the Beast 3E has up to 30 minutes of flight time, which is 4 minutes longer compared to the older models. It has a top speed of 28 mp/h or 45km/h and a level 6 wind resistance.

With folded arms, the ZLL SG906 MAX2 measures 17.4×8.4x7cm and weighs 651grams including the obstacle avoidance module and flight battery, so you’ll have to register it with the FAA.

The new ZLL SG906 BEAST 3E can be ordered from Banggood with a starting price of $292.99. This price includes a remote controller, one flight battery, USB charger, obstacle avoidance sensor, a set of spare propellers, and a nice storage bag. In case you need a longer flight time, the ‘Fly More Combo’ pack with 3 batteries is available for $362.99. 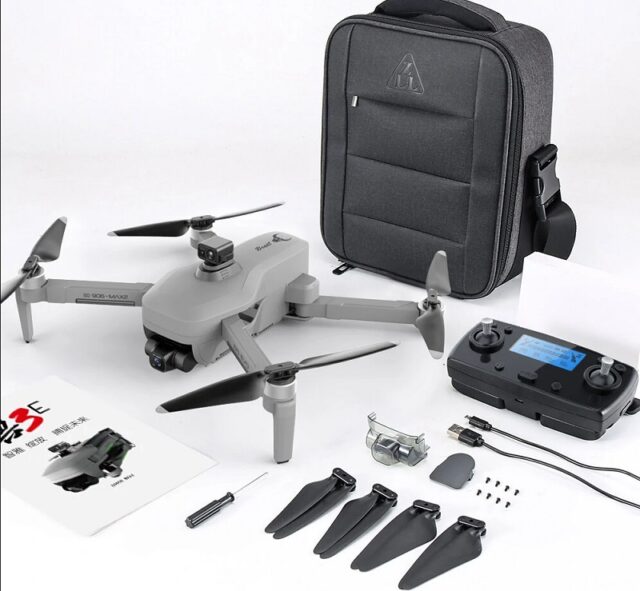 What are the best features of the ZLL SG906 MAX2 drone?

This drone can be also found under “XiL MAX 2” product name. It is identical to the original MAX2.