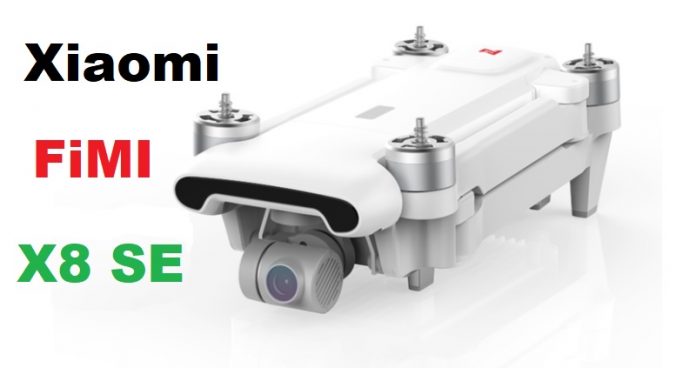 A few weeks ago, on FiMI’s website, a new banner appeared with the text “Totally Evolved – 10th December 2018“. It was the first clue that a new Xiaomi FiMI drone will be announced soon. Unlike its predecessors, the new Xiaomi Fimi X8 SE features a foldable design. Let’s have a closer look on the first rumors about the Fimi X8 drone!

While the recently released FiMI A3 features only a 1080P camera, the Fimi X8 SE will have 4K camera. Furthermore, it has a 3-axis gimbal instead of only a 2-axis one. It seems that FiMI wants to offer a real alternative for DJI’s Mavic series. But, IMHO, without an obstacle avoidance system, this is a lost cause no matter how friendly the price will be.

The Fimi X8 SE comes with lots of fail-safe features. In addition to the usual auto RTH, on low battery, it has wind warning and auto-hover on no fly-zones.

Powered by a 3s/4500mAh battery, the FiMI X8SE quadcopter has an impressive 33 minutes of flight time. I would be curious to test if this time is actuall flying time or only hovering time.

On the FiMI website, the X8SE is listed for $399, which is the same price as the Hubsan Zino is advertised. This price includes a remote controller, flight battery, 3 pairs of propellers, charger, and user manual. At Banggood, it is promoted for $499, but unfortunately, the status is “In stock alert“.