If you’re currently looking to pick up one of the best camera drone under 500 on the market today, then you have come to the right place. That’s because FirstQuadcopter.com has more than 4 years experience in testing and reviewing drones. There are many value-priced quadcopters that include 4K cameras, intelligent flight modes and long battery life, plus mechanical gimbal for smooth aerial videos.

Surely, with a budget of 1000+ you have an easy task, you can go directly to DJI website an choose one of their popular drone (either from Mavic or Phantom series). But, as their only drone under $500 is the almost two years old Spark, with only 500 bucks in my pocket I would look for a camera drone from another reputable brand.

As you can see in the comparison table bellow, these two camera drones are quite different. The Xiaomi FIMI A3 is not just smaller, but also heavier than the Hubsan H117S Zino. Less weight means longer flight time. Even if the the Zino’s battery would have 50% more capacity than the FiMI A3, it would provide less fun time.

Both quadcopters feature smart flight modes and GPS positioning systems for easy useage. While the FiMI A3’s transmitter comes with integrated FPV screen, the Zino requires additionally a mobile device in order to unleash its full potential. Furthermore, the Xiaomi A3 has a DIY port, which allows to control third-part devices like servos or LED lights.

Two days ago (on December 10), FiMI announced a new drone which landed straight on top of the best drones under $500. The FiMI X8 SE, is better in almost all aspects than the A3 and Zino. While the A3 has full HD camera, the X8 SE has 4k camera. The Xiaomi FiMI X8 has far away the best flight time. It has up to 33 min vs 25 min of A3 vs 25 min of Zino.

As for the control range, the FiMI X8 drone also excels. According to the advertised specs it has 5Km flight range, which is 5 times more than the Zino has.

Whatever you opt for the FiMI A3, FiMI X8 SE or H117S Zino you will make a great deal. As all are cheaper than 500$, you’ll make some saving for a drone backpack and couple of spare batteries. 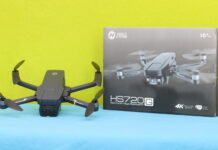 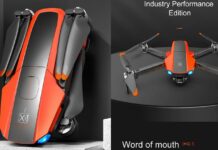